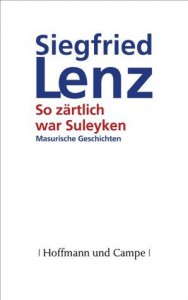 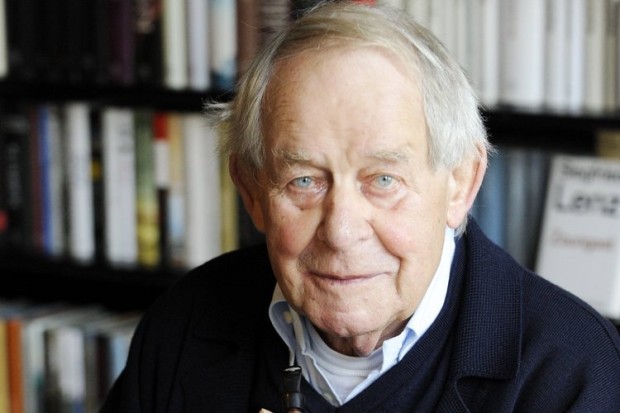 Siegfried Lenz died yesterday in Hamburg. Born in Lyck, Ostpreussen (now Ełk, Poland), in 1926, he grew up in the region of northern Poland called Masuren by the Germans and Mazury by the Poles, a rural setting with 2,000 lakes according to tradition. He was in his middle teens when he joined (or was obliged to join) the Hitlerjugend; at 17 he was in the German Navy, but not for long - the ship he was assigned to was soon sunk. With all of the German navy either at the bottom of the sea or bottled up in port, the remaining sailors found themselves shoved into the infantry units desperately put together at the losing end of the war. Fortunately for Lenz, his unit was sent to the western front, where he deserted and served the remaining time in a British prisoner of war camp.

Lenz' first novel, Es waren Habichte in der Luft, was published in 1951, but it was with a small collection of very short stories set in his Masurian homeland that he made his first big commercial success in 1955. So zärtlich war Suleyken was so successful that already by 1976 700,000 copies had been sold in German. Even that success was overshadowed by the commercial wonder that was the novel Deutschstunde (1968). Siegfried Lenz became the biggest seller in German literature, but not because he was producing mass market rubbish.(**)

In an oft-cited address Lenz wrote

(I do not esteem the art to challenge as highly as the art to create an effective pact with the reader in order to decrease the present evils.) Lenz was, in other words, neither a literary innovator nor a strident polemicist. He was a moralist, though he did not climb upon a pulpit to deliver his messages.

So zärtlich war Suleyken:(*) twenty stories in 117 pages recreating a world that was already gone, crushed beneath the steel treads of the Nazi and Soviet tanks. But these are not sentimental nostalgia trips seen through rose-colored glasses, at least not merely such. Here Lenz entertains the reader with stories redolent of the folktale told in a droll manner well suited to amuse but spiced with a certain irony - now and again I could see him looking up at me over the heads of the eagerly listening youngsters and winking before turning back to his audience with more of the charming exaggerations and grotesqueries of the genre as well as its insights. One laughs with pleasure, but one also admits the truth in the funhouse mirror image.

(*) Some of these stories have been translated in The Selected Stories of Siegfried Lenz.

(**) Even the often vitriolic critic Marcel Reich-Ranicki, who for thirty years was the establishment literary critic in Germany, treated his work with respect, though he felt that Lenz' talent showed itself better in the short story and novella than in the novel.