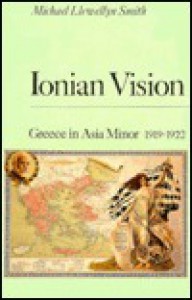 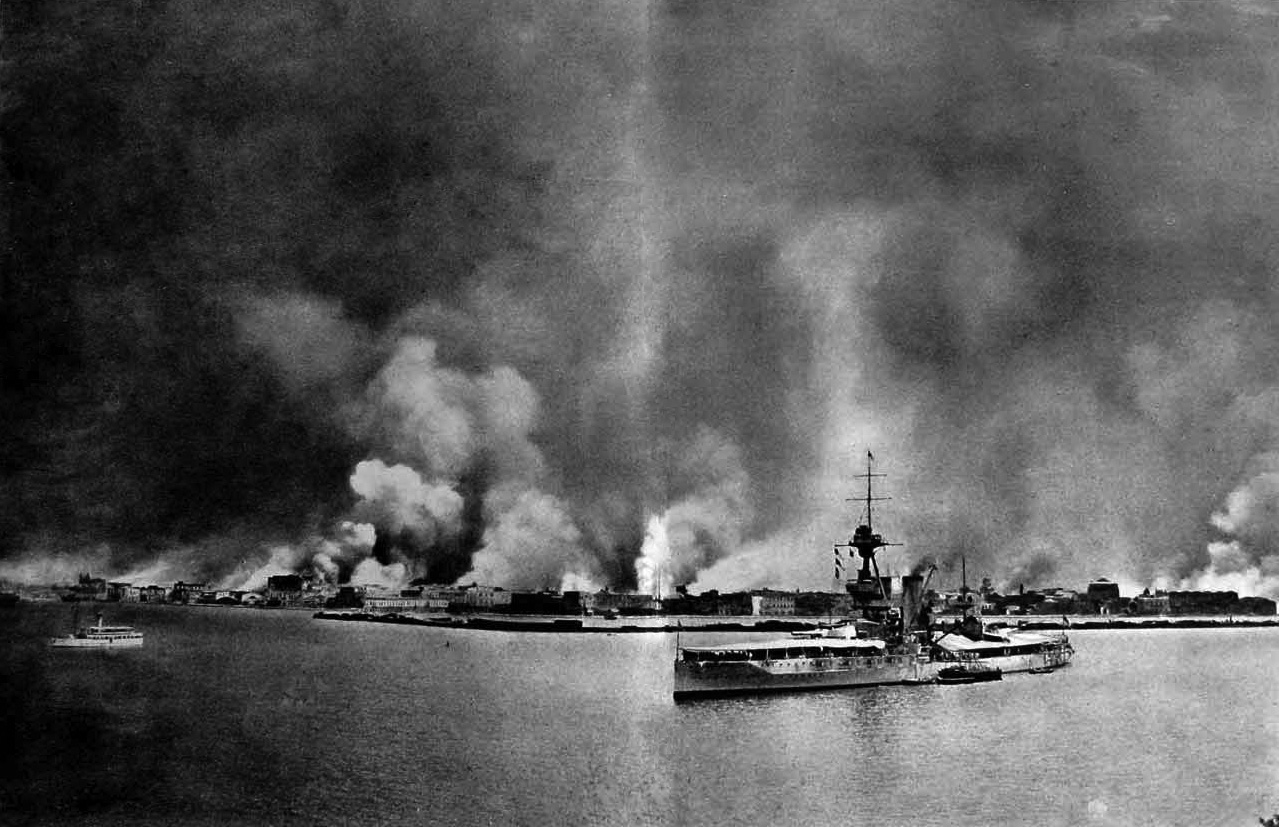 Welcome to the Greco-Turkish War of 1919-1922. By the end of the First World War Greece had more than doubled its size and population since its war of independence of the 1820's, and the Greeks were dreaming their Ionian Vision: the re-institution of the Byzantine Empire in modern form and encompassing all of present day Greece as well as Macedonia, eastern Thrace, Anatolia and a few other odds and ends. The members of the victorious Entente each had their own dreams of slicing and dicing the Near East into zones of influence with the aim of maximizing their own individual advantage. Despite the fact that they had just emerged from four years of unprecedented carnage (the Greeks had been fighting since at least 1912), everybody was making plans for Turkey without asking the Turks, who according to the Greeks could return to the far reaches of Asia from whence they came, who according to the British could have a rump state in the high plateau and mountains of Anatolia, etc. The French and the Italians each had their own axes to grind, while the Russians were still intensely occupied in killing each other and preparing one of the worst dictatorships in human history. Only the Americans were not (yet) plotting their advantage in the region.

In Ionian Vision (1973) Michael Llewellyn Smith relates primarily the diplomatic and political history of the events which ultimately led to large scale massacres of, first, Turkish civilians by Greek civilians and military and then even larger massacres of non-Turkish civilians by Turkish civilians and military, which caused the migration of millions of Greeks and Armenians out of present day Turkey. With predominant focus on the activities and thoughts of the British and Greeks (and very secondary interest in those of the French and Italians - the Turks and Russians are described wholly from the outside by the author and only as absolutely necessary), Llewellyn Smith displays the maneuvers, plots and schemes that placed a puppet Sultan in Constantinople, created an international zone along the Dardanelles and a French zone in Cilicia,(*) and landed a Greek army at the ancient city of Smyrna (now Izmir). The Turks were being pressed to the wall, so it could hardly surprise that they rallied in eastern Anatolia under Mustapha Kemal with the clandestine support of the Italians and, after they gave the French a stinging defeat in Cilicia, of the French, as well.

I have written elsewhere of the schism in Greek society between the royalists and the republicans led by Eleftherios Venizelos during World War I which resulted in the victory of the republicans and the full scale entry of Greece into the war on the side of the Entente. In 1918 Venizelos was riding high and the siren song of the Ionian Vision, supplemented by empty promises made by Lloyd George,(**) was too powerful to resist. So he sent the Greek army to western Anatolia to establish the new Byzantium, even though cooler heads advised a century of careful Hellenization of the population before taking military and political control. And it all went so swimmingly, until the stunned Turks slowly recovered and started first irregular and then more concerted resistance.

Though the Greeks were tired and wanted peace, they also wanted Byzantium. So, as it is with humans, they soon idiotically wanted two mutually exclusive things and became frustrated that they couldn't get what they wanted. Of course, it didn't take long before they were looking for scapegoats. In an attempt to strengthen his political position preliminary to an increase in the Greek commitment in Anatolia and completely misjudging the mood of the electorate, Venizelos called an election and lost it badly to the royalists.(***) These gentlemen, in the standard human manner, then exercised their revanchism to the max: not only did they call the old king back to the throne, but they purged the government and, much worse, the officers corps of republicans (in the middle of a war!). The royalists and the king had resisted Greece's entry into WWI on the Entente's side, so the latter now had a good reason (excuse) to abrogate their increasingly uncomfortable agreements with the Greeks, who were now left alone (with constraints imposed by the Great Powers) to fight the Turks (who were secretly being aided by the Italians and French and labored under no externally imposed constraints).

Some Greeks saw clearly now that the jig was up, but politics is politics. The royalists had to make an effort and show some kind of victory in Anatolia, even though they knew they were broke and exhausted. The farce that was subsequently performed cost many men their lives, but also finished the offensive spirit of the Greek army. It was now just a matter of time until the Turks were ready to administer the coup de grâce. Everybody knew it and everybody prevaricated and stalled and shilly-shallied, as people do so well when they don't want to face reality. So no preparations were made for the inevitable. When it came, the Greek army collapsed in two days and what was left of it had to fight its way back to the coast with the Turks on their heels, eager for murder. And the Greek and Armenian civilians in Anatolia? - it's too depressing for me to write about.

(*) Here I am only mentioning what was taking place in Turkey, but the French claimed Lebanon and Syria, and the Brits took Iraq, Palestine and Egypt.

(**) The British were exhausted but needed "boots on the ground" to keep the Turks cowed. The Greek army would serve that purpose.

(***) If you want a model example illustrating the inherent weaknesses of democracies, you will find it here.