From Grenada to Baghdad , by Abu Hamid al-Gharnati 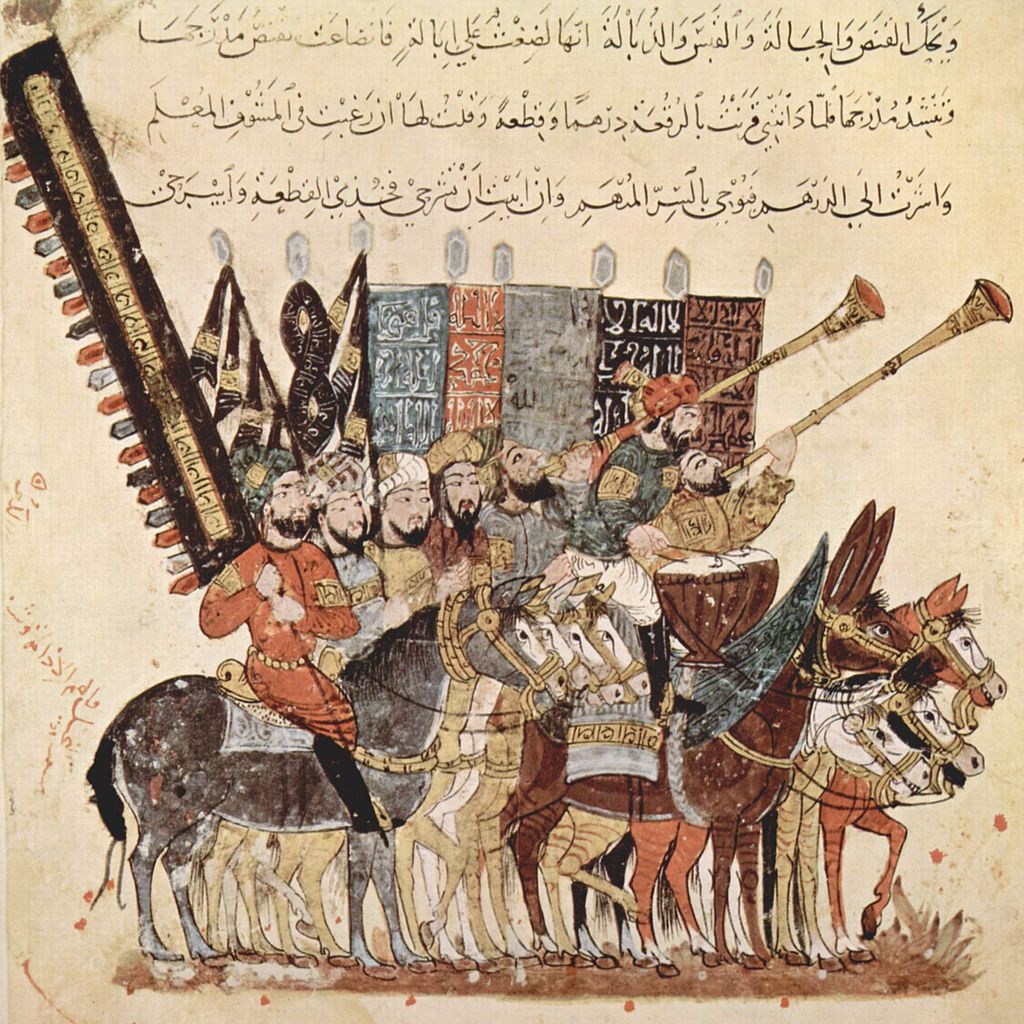 Because I like first person accounts by contemporary witnesses to flesh out and add some lifelike color to places and times far, far away, I've turned to one of the two extant texts of Abû Hâmid al-Gharnâtî, De Grenade à Bagdad, La relation de voyage d'Abû Hâmid al-Gharnâtî , 1080-1168,(*) which is a hybrid of two classical genres of Arabic literature: an account of a long voyage replete with ethnographic, geographic and other data, on the one hand, and a collection of "wonders" - accounts of extraordinary objects and phenomena - on the other. These stories of wonders were popular throughout the Muslim and Christian worlds during the Middle Ages.(**) In both of these worlds the enjoyment of such stories was excused by providing them with a high minded veneer: the wonders represented the ubiquitous power of God/Allah in our world...

Abû Hâmid's nearly lifelong journey took him from his native Grenada, past Norman Sicily, to Fatamid Egypt, where he spent four years studying and observing. In 1121 he moved on to Palestine, where the Crusaders' principalities were still extant, through Seljuk Syria to the official seat of the Caliphate, Baghdad. In 1126, the archetypal itchy-foot headed north to the Caspian Sea, crossed the Caucasus Mountains and spent decades travelling in Eurasia among the Avars, Khazars, Volga Bulgars and Persians, among others. He crossed over to Hungary at least twice, where he spent time at the King's court and started his second family (the other was at Sagyin on the north coast of the Caspian). He was back in Baghdad in 1160, where he wrote Al-muʿrib. He later lived in Mosul and Aleppo. He apparently died in Damascus sometime in 1168-1170.

Amidst the fabulations and exaggerations (which are sometimes quite amusing) are also to be found exact first hand accounts of the Pharos of Alexandria (still in fairly good condition) and the Serapeum (constructed by the djinn for Solomon, according to the author), as well as precise and nearly priceless descriptions of customs and habits of some of the many peoples he lived among. Just to mention a few high points.

How one regrets that Abû Hâmid had to be talked into writing his texts by friends at the advanced age of 80! His diminished powers left us with only 70 pages in this piece and not much more in his other. What a shame that we have only this slender witness to his boundless curiosity, his open mindedness and his multiple adventures, for I have so much more to ask him...

The translator, Jean-Claude Ducène, provides a very useful explanatory apparatus that is twice as long as the original text.

(*) Original title of the text: Al-muʿrib ʿan baʿd ʿadjâ’ib al-Maghrib (Clear Exposition of Some Wonders of the West)

(**)Indeed, such wonders were recounted with relish already in Herodotus' classic history.