Youth and Other Stories , by Mori Ogai 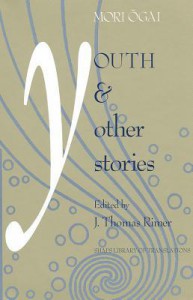 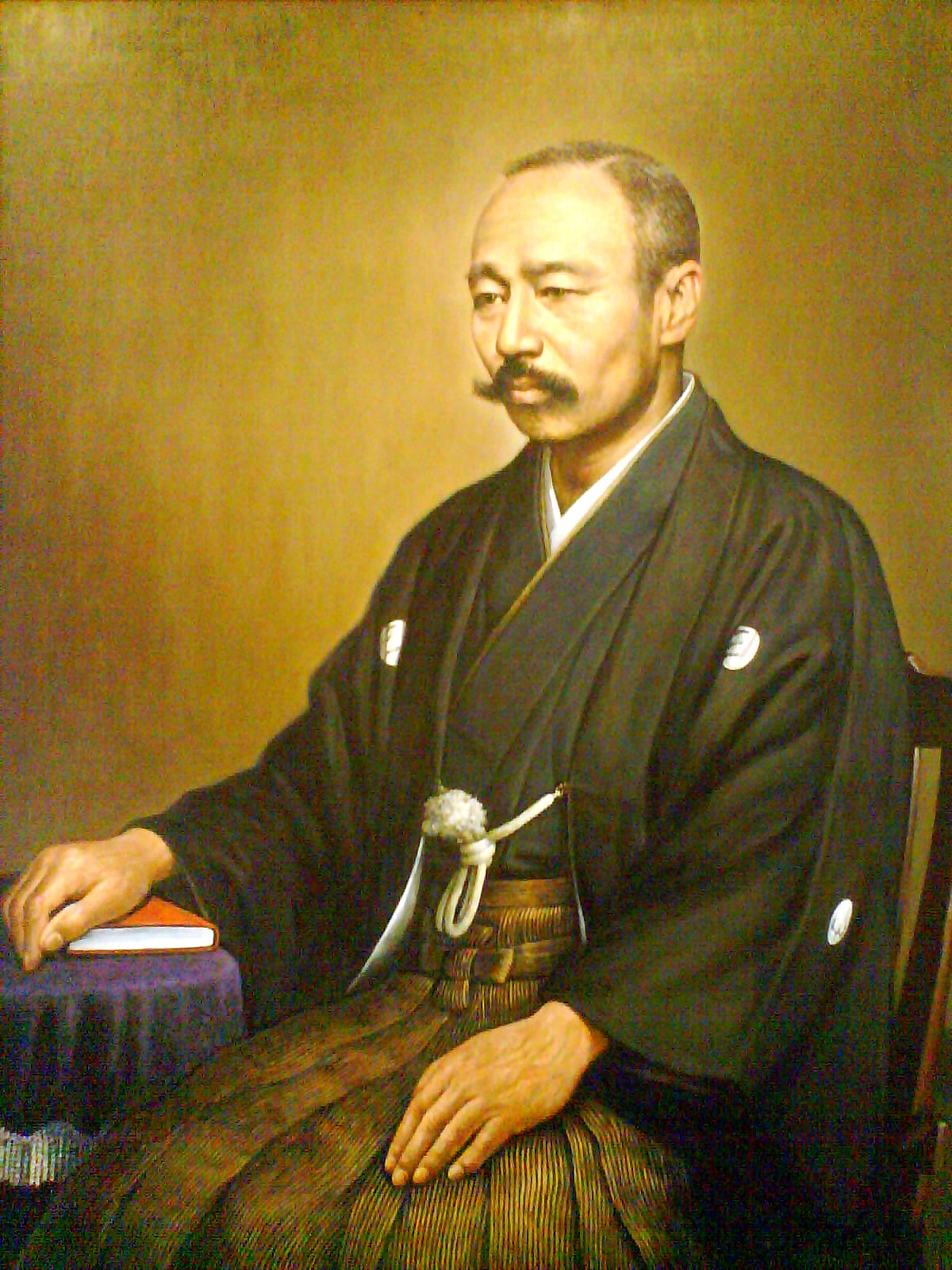 Though not well known in the West, Mori Rintaro(*) is placed by experts here and in Japan at the apex of Meiji era (1868-1912) literature alongside his slightly younger contemporary, Natsume Soseki, and was deeply admired by writers as widely different as Nagai Kafu, Lu Xun and Mishima Yukio. He seems to have written with a scope, seriousness and range similar to such intellectuals as Jean-Paul Sartre, writing idiosyncratic novels, short stories, theoretical essays, poetry, criticism, biography and autobiography, polemic and pieces for the theater, as well as technical writings in medicine and public health, not to mention providing the first translations into Japanese of many of the best known European writers of the 19th century and editing an influential literary journal. And all of this was done while he was an army surgeon of increasingly wider professional influence, eventually to become the Surgeon General! Early in his career he was sent by his superiors for further study in Germany from 1884 till 1888, where he developed his thenceforth intense interest in European literature and philosophy. He began writing a little outside of his medical bailiwick after graduation from medical school, and the trickle eventually became a mighty river.

Such an unusual curriculum vitae suggests the possibility that Ogai might have a novel point of view that could provide insights not to be found among the ordinary crowd of literati, and such is indeed the case. But also his literary style is so unique that those seeking the usual pleasures are sometimes perplexed, if not rebuffed by his texts, particularly the late period shiden, strictly factual historical "fiction" in which none of the usual attempts at literary shaping are made. I expect to say something about those later texts after I finish reading the collection The Historical Fiction of Mori Ogai.

The primary focus here is on Youth and Other Stories (1994), a selection of his fiction starting at the beginning but not containing the historical fictions, with a secondary focus on Not a Song Like Any Other (2004), a selection of texts of various types, including fiction, theater pieces, essays, poetry and biography.(**) In these texts Ogai is not yet the majestically severe author of his final years, though he is most unmistakably his own man. There are too many pieces in these two volumes to examine separately, or even in groups, so I shall try to give some indication of the characteristics of his style and interests and then say a few words about one or two individual pieces.

Ogai was primarily interested in society, the arts and ethics, but his stories of ideas and morals are not didactic in the usual sense. In fact, in his fiction Ogai rarely gave a direct indication of his personal view or even of the particular point he wanted to make, leaving them implicit in the choices he made in what to include and what to leave out. Often he would present through the intermediary of the characters the different sides of an argument without any explicit gesture of agreement or disagreement. He wasn't interested in psychologizing; he was preoccupied with what people did in situations of moral dilemma, and his natural inclination was to proceed concretely and empirically. He lived during what is considered to be the greatest period of transition in Japanese history since the 6th century and was quite consciously and actively engaged in influencing that transition. Since he was no ideologue or politician, he was genuinely torn in face of the many crucial decisions being made explicitly and implicitly around him and tried to find ways to come to well considered and balanced conclusions.

When Ogai returned from Germany he started publishing his translations and criticism, founded a periodical that became a major force in the Japanese literary world, and wrote three short stories about tragic love affairs - set in Germany and narrated by an alter ego - that effectively began the Japanese Romantic movement. These three stories are translated in Youth along with significant and representative fiction from most of Ogai's career. The Romantic movement didn't last long, and Ogai left it behind stylistically even sooner, dropping fiction altogether for nearly two decades and eventually finding his mature style in his biographies and historical fiction. In these he typically presented lives of minor members of his own samurai caste who lived in the two or three centuries before Admiral Perry's black ships entered Japanese waters. Ogai's preoccupation with recreating the Tokugawa era was not due to a sense of aesthetic or cultural nostalgia (as it was for Nagai Kafu) or an ideological wish to return to the "true Japan;"(***) instead, he used them to deal with moral and philosophical problems of his own time, albeit somewhat obliquely.

Youth and Other Stories includes a translation of Ogai's second novel, Seinen (Youth, serialized in 1910-11), which is a fascinating portrait of what it was like to be a young man during the social and intellectual ferment of the Meiji era. Seinen is a Bildungsroman, and like its model, Wilhelm Meisters Lehrjahre, significant portions of the novel are taken up with excited conversations about ideas and art between young men beginning to find their way through the world of ideas. But these constitute just one side of the process of maturation; Ogai spends even more time with the emotional/sexual side (with primary emphasis on the first element; his previous novel, Vita Sexualis, placed the emphasis on the second), structuring his text around that aspect of maturation. One also gets a clear picture of Tokyo as it was a century ago. Whereas Nagai Kafu evoked certain favorite portions of Tokyo in the beautifully poetic prose I have described elsewhere, Ogai provides a complementary picture of very different parts of the city in his laconic, precise idiom.

The piece that decided me to read Not a Song Like Any Other first was the historical novella, Oshio Heihachiro (1914), which recreates the last days of the minor official and prominent Confucian scholar of the same name (one of the tragic heroes of Ivan Morris' very interesting The Nobility of Failure; that this novella is one of the primary sources for Morris' chapter on Oshio is a tribute to Ogai's painstaking research and commitment to accuracy). In 1837 during a typically mismanaged famine in which the poor were dying like flies, Oshio led a pathetic uprising which was quashed fiercely by the Tokugawa authorities. Without editorial comment Ogai details the whimsical preparations of the conspirators and the bungling, cowardly reactions of the Osaka authorities, culminating in a firestorm that destroyed 3,389 buildings. Ordinarily, Ogai chose his historical figures to illustrate admirable moral choices and character (Oshio's altruism, idealistic motivation and sincerity are widely admired in Japan, according to Morris), but in this account his stance towards Oshio is ambivalent. Unlike many Japanese, Ogai clearly considered results to be at least as important as motivation. The details about this sad farce that Ogai was able to dig out of official reports and eyewitness accounts are remarkable. Equally remarkable - and very typical of his style - is the level, objective tone of the prose. Already early in his career Ogai termed his style Apollonian, as opposed to Dionysian (he had read Nietzsche, too), and this inclination to cool objectivity only increased as he aged.

According to experts, it is not possible to appreciate some important aspects of Ogai's style in translation. His first texts were written in the antiquarian literary language affected by serious authors of the Tokugawa era, and though he soon began to write in the more colloquial literary language being developed during the Meiji era, there was usually a certain significant residue of the earlier idiom in his texts. Moreover, he was as conversant in classic Chinese literature as in Japanese and wrote poetry in Chinese (some of his poetry is translated in Not a Song). So, along with the Chinese quotes and allusions strewn through his pieces, his texts are reported to manifest strongly a leanness and "masculinity" Japanese readers are said to associate with the Chinese idiom.

(*) Ogai became the pen name with which one conventionally refers to him, though in an essay he takes an ironic distance to the literary persona carrying the label "Ogai."

(**) Like Youth and Other Stories,  Not a Song Like Any Other (2004) is edited by J. Thomas Rimer and translated by him and a double handful of others; it is not a book about Ogai written by Rimer, despite the way the book is misleadingly cataloged in GR. These two volumes and a third edited by Rimer and David Dilworth, The Historical Fiction of Mori Ogai, deliberately complement each other.

(***) He spent his professional life promoting advanced Western medical ideas against a very resistant hierarchy - a conflict that earned him a four year exile in a small town on Kyushu, where the uncomfortable have been sent since the Heian era. As editor and critic he also promoted new forms in order to reinvigorate Japanese poetry, prose, painting and theater; his translations of the newest and most avant garde European literature are of a piece with this. Any attempts to label Ogai as reactionary are badly off the mark.