The Oresteia , by Aeschylus 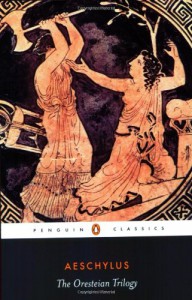 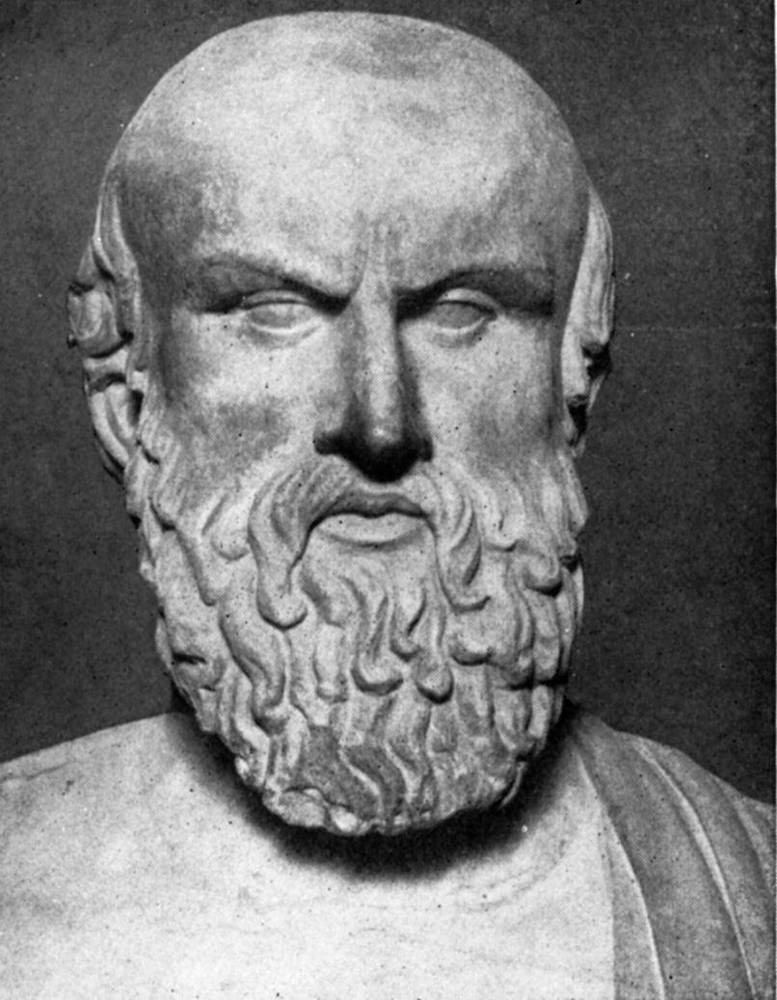 As many deeply conservative societies have discovered time and time again - societies in which there is only one right order and this order is warranted by the highest authorities recognized by the society - when change comes, and come it always must,(*) not only do those in power tumble, but the authority of the gods/priests, ancestors, laws, whatever the highest authorities happen to be in that society, comes into question. New myths, new gods/priests, new stories must be told to justify and establish, reassure and mollify the people whose ideological or religious supports have been pulled out from beneath them. In the city of Athens during the Golden Age, this was done in the agora - the marketplace - and in the theaters.

In his lifetime Aeschylus (ca. 525 - 456 BCE) witnessed the invasion of Attica by huge Persian armies, the bold abandonment of the fortified city of Athens and withdrawal, twice, of the Athenian people behind the wooden walls of the Athenian navy, and the multiple defeats of the Persians and their allies (including other Greeks) by the hugely outnumbered Athenians and their Greek allies.(**) He also witnessed the political transition from tyranny to isonomy to democracy in Athens and the concurrent growth of Athens from just another small, unimportant Greek city-state to major power. He himself contributed greatly to the transition of Greek tragedy from a religiously inspired performance/rite involving a chorus and a single actor to something we his distant descendants can recognize as powerful theater.

During the transition from tyranny to democracy, when first the middle class (essentially landowning farmers and artisans) and then the lower class (the thetes) acquired a direct voice in Athenian politics, political activity was carried out not only in the agora, the popular assembly and the Council of Five Hundred, but it was also performed on stage. 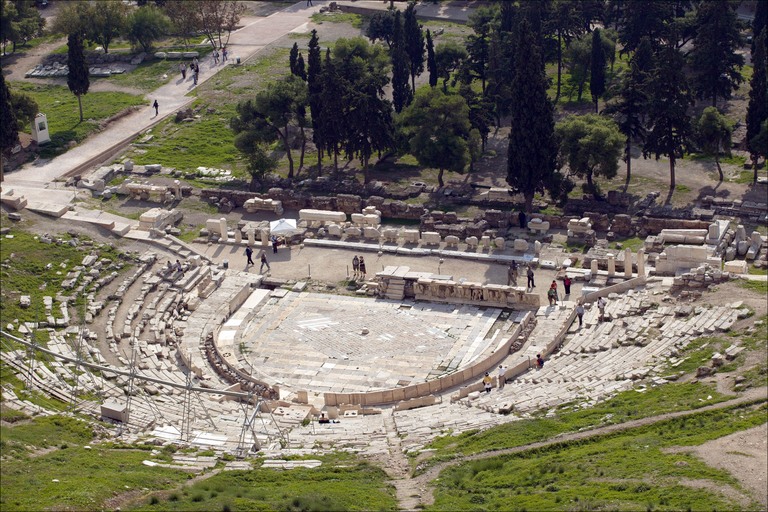 Remains of the Theater of Dionysus Eleuthereus, where Aeschylus' dramas were performed

Indeed, the theater was so important in Athenian public life that plays were produced at all the most important public festivals and addressed conflicts troubling the Athenian policy makers; the populace flocked to see them and talk about them. In 461 BCE the last step to democracy in Athens was initiated with the stripping of all but ritual responsibilities from the Aeropagus, a body of men drawn essentially from the city's aristocracy. The lower and middle classes formed the overwhelming majority on the remaining decision making organs of the state and were therefore in power, for a while.

Curiously enough, while all this innovation was going on, in Athens one of the most damaging epithets was "innovator." So the men who willed the demotion of the Aeropagus, led by Ephialtes (who was later murdered for his trouble), had to argue that the Aeropagus had usurped its powers (quite false) and thus the removal of the aristocrats from the center of power was a return to the status quo ante (even more false - but we all know that democratic decision-making has precious little to do with the truth). The Athenians needed a more efficacious justification for this change. They also needed a soothing of the many riled spirits brought about in the populace by all these changes. In the Oresteia,(***) first performed in 458, Aeschylus did all of this and much, much more.

During this Golden Age playwrights wrote trilogies, which were intended, performed and perceived by audiences as coherent wholes. The Oresteia is the only one which has come down to us intact. The three plays are structured together with both dramatic and ideological intent.

At the end of the Trojan War, Agamemnon returns victorious to his palace. But ten years earlier, in order to thwart the will of Artemis and still the fierce winds keeping the fleet on the Greek shore, he had sacrificed his daughter, Iphigenia, and his wife, Clytemnestra, has neither forgotten nor forgiven. She slays him horrifically, and now it is their son, Orestes, who is obliged by the received morality to revenge his father by killing his mother. High drama and madness ensues, but behind all that excitement is the structure of Aeschylus' purpose - justify the new order, the new morality.

At the very outset of the trilogy the chorus recalls that even the gods have changed and changed again, from the rule of Ouranos through that of Kronos to Zeus with son killing father before the father could do the same to the son. And one cannot be sure of doing the right thing by obeying a god, since the gods themselves disagree about right and wrong. Uncertainty has been established: perhaps the received ways are mutable.

I'm not going to try to summarize the complicated plot and recall the many striking characters. From this beautiful, moving and complex masterpiece I just want to draw out here the one theme I've been working on in this review. When Orestes kills Clytemnestra at Apollo's urging, the Erinyes, the Furies - representing the old order, the old morality - hasten to avenge the matricide by tearing Orestes apart. But Apollo and Athena, representing the new order and morality, intervene. The passages involving the Furies are particularly haunting, both dramatically and poetically. The new order is confirmed with a trial in which Athena casts the deciding vote - Orestes is acquitted. Athena convinces the Furies to accept the verdict, and they are then given a place of honor (though not power) and agree to ensure the city's prosperity. The old is replaced by the new, honored and bound into the polis; all's well that ends well (except for the house of Atreus). Despite Aeschylus' efforts, Athens' new democracy did not last long, but that is another story...

(*) As Sophocles has Ajax say in the eponymous play:

Long, immeasurable time brings everything hidden to light and hides what is apparent. Nothing is not to be expected. Change is the law of the world.

(**) Aeschylus was in the battle at Marathon and most probably also at Salamis. In fact, the epitaph on his gravestone, possibly written by himself, mentions Marathon and not his plays:

This tomb the dust of Aeschylus doth hide,
Euphorion's son and fruitful Gela's pride
How tried his valour, Marathon may tell
And long-haired Medes, who knew it all too well.

(***) Read in the translations of Robert Fagles and of Philip Vellacott; Fagles' is more terse and colloquial, while Vellacott's is more "literary," more redolent of older, elevated diction. Both are very readable, but I do prefer Vellacott's.