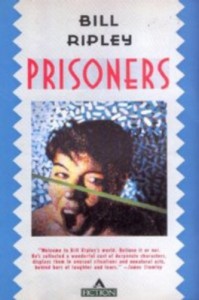 Yikes! This book is definitely not about salt of the earth folks. Drunks, fools, coke heads, smack addicts, pornographers, conscienceless manipulators, sociopaths and murderers populate this text. And the settings - the slums of Los Angeles and Oakland, trailer parks, dried up little towns in West Texas, and motel rooms in between - are truly no better. The prose style? Here is the opening paragraph:


It is getting increasingly difficult to have a little fun without ticking somebody off. Either you're spending their money or fiddling with their wives or, bingo, you do too much coke and can't get it up with a Yugoslav gymnast who looks like Geraldine Chaplin. Something is amiss, thinks Danny Devoto as he crosses the Sunset Strip, wishing he were back in Buffalo eating black snow. Something is out of whack.


Danny likes winky,(*) booze and dope, more or less in that order, though sometimes he gets confused about that, too. He's clueless, jobless and broke. Nothing works for him, he gets beat up a lot, and between beatings he spends a lot of time thinking about his childhood, being raised by his grandparents in Oatmeal, Texas, land of dust, mesquite, cactus and God.

But, then, every character in this book is a world class loser. We learn something about their past and internal life, and some of those passages are moving.

These people cross paths, rub up against each other, and move on again. Random, pointless, the way life sometimes is (for them life is always that way).

And the prose style, again? Episodic at a cocaine-fueled pace, jumping from the mind of one character to another, sometimes echoing each other (usually missing each other like darkened ships in the night), colloquial narration and dialogue, trailer-trash-slangy, dope-addict-slangy, porn-industry-slangy. Except in the reveries about the past, where Ripley uses a more nuanced, more responsive language, and a slower pace.

Unless you've led a very sheltered life (even in books), there are no new insights in store for you here. You have to like the feeling, the pace, the language, the characters' mentality to like this book. In many scenes one feels like laughing and crying. Yes, we are all poor creatures, but these folks much, much more.

Personally, every other page I'm shaking my head and murmuring "No way!" But, then, I do that every time I read about what the Republican Party is doing to the country.


(*) That's what he calls it - think of something I can't write in a public forum.