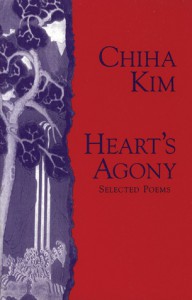 Korea is another small country, like Finland and Greece, which has been torn at and played with by larger and stronger countries. But the Koreans themselves have made no small contribution to their own suffering, with an unspeakably totalitarian and repressive regime in the north and lengthy military dictatorships punctuated by strictly conservative "democracies" in the south.

The poet and playwright Kim Chi-ha (b. 1941), who has spent his entire life in what is now South Korea, has been arrested numerous times, imprisoned at least twice for approximately fourteen years and once condemned to death by various repressive regimes in the south. Not because he was a communist agent, or even a proponent of communism (he is a practicing Roman Catholic), but because he had the temerity to criticize various corrupt and oppressive governments and to empathize with the oppressed in his poetry. Nonetheless, it is not the case that he is primarily a writer of political poetry, which is good since I don't particularly care for that type of poem, in general.

His most famous political piece, and the one that led to his condemnation to death (pressure from Japan, the USA and Europe caused the death penalty's commutation to life; Kim remained in prison until the dictator Park Chung-hee was assassinated by his own security chief), is the lengthy poem "The Five Thieves" with which Kim adapts a traditional Korean art form called pansori in which to frame a satirical parody of the oligarchy enriching itself and indulging in ludicrous display. The informal energy of the poem is already clear in the opening lines.

If you're gonna write poetry,

you should forget caution and write just like this.

It has been some time since I was spanked

in the torture room for my unrestrainable pen,

and I'm mad again to write something.

My body itches, tongue and hand, wild and reckless.

And though my butt may burn from the flogging,

I've got to write

this unbelievably "true" story of thieves.

More typically his "political" poems are aimed at oppression in general and expressed with an anguished diction heavy on the words "flame," "burning," "blood" and "cries" or are wistfully imagining freedom and peace (many of his poems were written in prison). A good number of these are moving.

Already before Kim emerged from prison in 1980, he began a significant transformation of his poetry away from changing the world to changing oneself. And in so doing, this Catholic began to sound like a Buddhist.

All the confusing thoughts from the past

Have vanished without a trace,

And in that empty space

The shadow of a withered tree lives.

New songs not yet heard,

A song of plum blossoms

And another of red

And, above all, the song of myself

Not the old self but my self newly-born.

Thoughts of escaping this road

Where all is pain,

Wishes of making an end of it on this road

Where meager applause is sometimes heard

Spring from the well of my dark heart.

Halting my awkward steps along the way,

I have to stay on one road,

Though roads are open everywhere

After such a hard life, it is remarkable that Kim has not only avoided bitterness but has, on the contrary, embraced life-without-limits.

Love,
Let me know
The mystic hour of birth.

I'll break my shell,
Kick through
To be born again
As the Universe.

For those who read German, I strongly recommend the translations in Die gelbe Erde und andere Gedichte: